Looking at this “before” picture, I am blown away at how it used to look and how long it took me to finish it! As many of you know, I had a ton of other stuff going at work and on the rest of my house that this project had been put on hold.  What was really cool about this project was that the vision became clearer as I worked on it. I actually hadn’t planned on doing most of what I did. Sometimes you just have to start doing something and then you peel back the layers and the vision becomes clearer.

If you look at this first picture, you can see how poorly designed and run down everything was. And that holly bush. Wow that was a chore t0 dig out but I’m so glad it did!

That holly bush took me hours to dig out. Then I covered the dirt with fabric and rock. I took out the window on the left and flipped the block window vertical. (That was actually to make it look more symmetrical outside and to all it fit into the wall in shower inside). Also had the bricks toothed in so they would match and once painted, can’t tell it’s been updated. I also bricked in where the siding was visible under the block window.

I decided to take out the side door. That was a great call as it provided more room in the shop and made coming and going a lot easier from the front.  While I was at it, I put an outdoor electrical outlet for an easy to get to power source.  So far that was a great decision!

The pipe running along is from a few gutters by the deck so I could route the water away.

You can see the stairs to the deck are almost done too!

Those doors were made out of 2×4’s with plywood slapped on both sides.  Terrible.  I snagged a new French door at Lowes.  I debated if I should do windows in it since it is a shop, and ended up doing windows to allow natural lighting in and to be able to see out into the backyard.  I made the right choice!

Door is in and painting is starting.

That grey is starting to look good and you can’t even tell where we re-bricked.

Now progress is happening.  I was able to get the sod delivered and I actually thought I was going to do grass all the way up to the doors.  Thankfully I realized at the last second that it would be better to have a more rugged surface in front of the shop to work outside and simply because I walk back and forth from the house the shop like crazy.  I also managed to have my sod guys bury the pipe with the trencher, saving me tons of digging by hand!

I was going to just do small rocks and then the idea hit me to break it up with stones.  Off to Lowes I went and bought them.  Obviously I didn’t buy enough so I had to go back!

Starting to come together!

And like magic, its done!  We also painted and sealed the little landing where I am currently storing chairs.  It just looks clean.  It’s also hard to see but I added a motion light under the soffit (roof) so that I can see at night. I’m really glad I put that in there so I don’t die by tripping in the dark.

This remodel was extensive.  New roof, new gutters, all new paint, new doors, changed windows and brick, finished deck and I think its an overall awesome look for the front of the Field Treasure Shop!  Every time I walk down there I am so thankful we got this done.  I still can’t believe how bad it was! 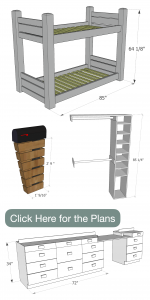